"Let's Understand and Break the Maladaptive Patterns in Your Life" 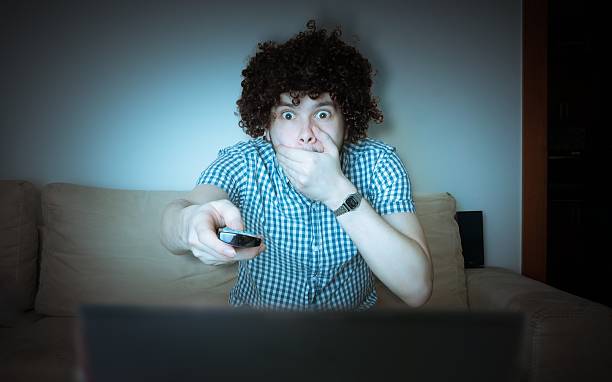 As we go about our daily routines we are reminded that life can be fleeting and changing in the blink of an eye.  We hear of terror attacks that reach us on the streets, malls and concert halls.  In December 2016, A truck crashed into a crowd at a Christmas market in Berlin killing at least 12 and wounding 48+ individuals.  Then there was the knife attack at the Louvre in Paris early 2017.  In London, an attacker mowed down pedestrians on the Westminster Bridge.  The year before a similar carnage took place in Nice, France when a lorry deliberately drove into a crowd celebrating Bastille Day. There was the Manchester bombing that killed 22 people and 59 were injured after an explosion detonated among teenage fans leaving an Ariana Grande Concert.  There was a terror attack on the Champs Elysee that saw lost of life.  In Stockholm, four people were killed and 15 injured when a man drove a truck down a busy shopping street.  Couple of months later, terror struck the London Bridge when a van hit people while strolling on the sidewalk.  Similarly, a Barcelona attack occurred when a white van mounted the pavement and killed 13 pedestrians while injuring 100s.

We get news coverage of lone attackers that terrorize children at Mattoon High School, Washington State High School and learn of the shooting of Christina Grimmie while she signed autographs for fans.  2017 began with a gunman opening fire at Fort Lauderdale’s International airport that killed 5 people while wounding 8.  The latest visceral exposure to terror is the mass shooting in Las Vegas that left 59 people dead and over 500 injured.  But its not just these internationally sensationalized assaults that cause us distress.  There is the local news of bike accidents and fatalities on our roads that seep into our conscious minds.  Being a member of a small community makes us less immune to second-hand trauma.  There is a great probability of knowing directly or indirectly someone that has been harmed.

The minute by minute, second by second coverage of natural and manmade disasters can challenge our sense of safety.  We are bombarded by attacks on human life and liberty.  Possessions, life and limbs have been lost.  We see the effects of stress when we witness airline travellers being ejected off planes due to heightened emotional turmoil.  At the dinner table, we witness numerous stories of anguish, despair, fear and survival from our TV and electronic devices.  I, myself struggled to hold back tears while listening to the latest attack at Mandalay Bay, Las Vegas.  Perhaps it was because I had travelled to Las Vegas last October 2016.  Thinking “that could have been me, my family…”.  The constant exposure to traumatic events can trigger an acute stress reaction in anyone.

If after witnessing a catastrophe and you experience distressing memories, negative mood, avoidance, numbing, disorientation, sleep disturbance and irritability for three days to a month duration, you may be experiencing an Acute Stress Disorder.  Sometimes a guilt reaction may accompany these symptoms.  An individual may feel responsible for not preventing the harm.  Panic attacks can follow during this time. You may feel more on edge as you perceive constant threats in the environment due to intrusive memories or bad dreams and media exposure.  Therapeutic interventions can combat symptoms of Acute Stress Disorder.  Psychotropic medications can be added to reduce unmanageable anxiety symptoms.  Additionally, strategies such as mindfulness and relaxation can help reduce symptoms of Acute Stress Disorder.  Some people use alcohol to cope with the aftermath of a stressful event.  Although alcohol can give short-term relief of ‘calming nerves,’ it can also be problematic.  As a result, it can increase low mood, worsen anxiety and lead to chronic drinking.  For this reason, drinking alcohol to cope is not recommended.

If you notice any of the symptoms above impacting on your sense of safety, ability to trust, overall wellbeing, relationships and work, seek professional assistance.  An Acute Stress Disorder can occur after an unexpected life crisis.  If your symptoms last for longer than one month, an assessment of Post-Traumatic Stress Disorder (PTSD) may be warranted.  If you feel you need help coping with second hand trauma, call 296-7288 or email Patternsbda.com to make an appointment.